It's October, so we're close to POTM for September

It's October, so we're close to POTM for September.

A harder month to find a clear winner than last time and we have multiple favorites, a lot of strikers performed consistently, while some defenders and midfielders also have a chance.

2nd POTM in FUT 20 in my opinion will be rather expensive.

My favorite is Aubameyang, he carried Arsenal, even in their not so good performances, he scored in every game he played, and has 5 goals in 4 games.

Second choice is Wilson from Bournemouth. They are having a great month and Wilson contributes to their success a lot.

Few hyped options, like KDB and Son. KDB had a very good month. Would love to see him as a winner. Son had a decent month but in my opinion he has the lowest chance of winning. 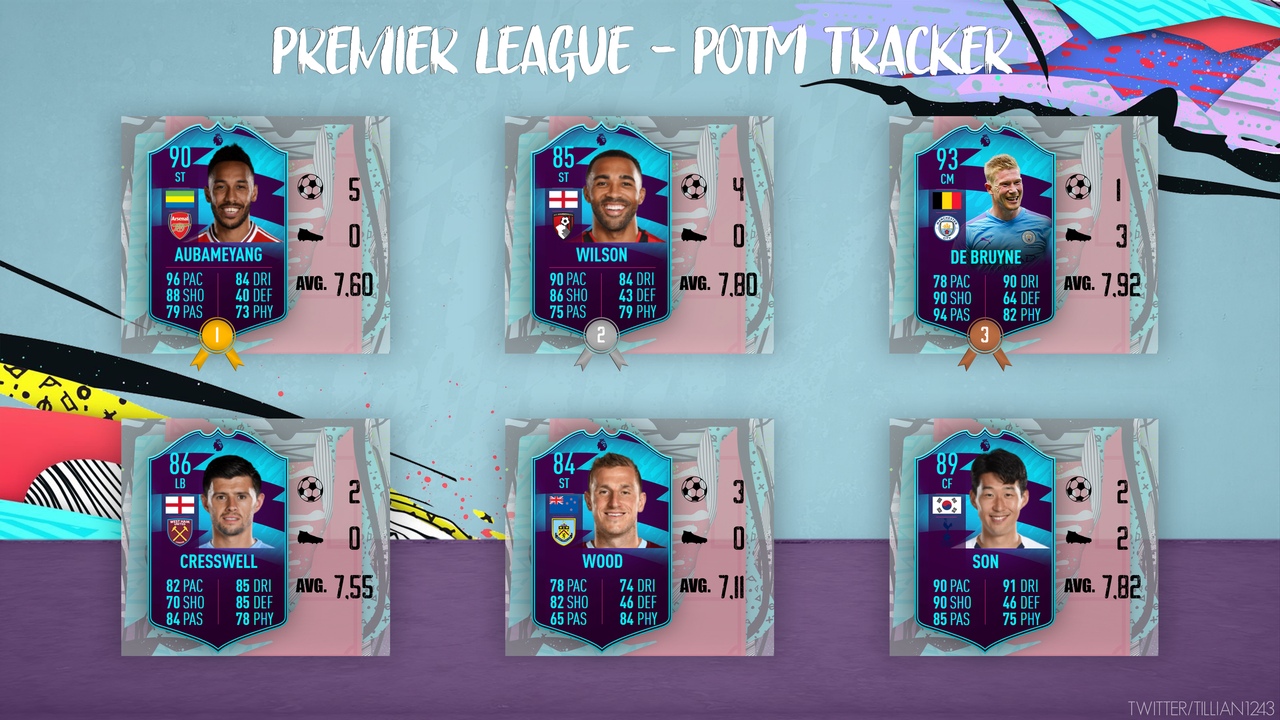 Chelsea drew 3 games out of 4, but still Auba performed in every one of them.

Tips for investing:
NON Inform Auba card,similar to last year's POTM Auba. It did surprise a lot of people, but it can happen once again. It's very risky investment, so I wouldn't suggest you doing that. Maybe in hype.
IF players from Premier League: A lot of choices. You can choose any discard IF and it should rise. Cresswell is a nice option
Arsenal squad: 82 rated Chelsea squad. Expensive, but possible.
High rated players. I mean really high rated players. If he wins, there will be probably 87-88 rated squads as requirements.
Players from Gabon: Not a lot of options, so just buy every discard to be safe in case it'll happen
Squad with 11 IFs: Any InForm players higher than 84 in my opinion
September goals
Worth investing? Yes, he has a high chance.

3 goals in 3 games. Another huge candidate. 2 wins and a draw for Bournemouth. Strong month and Wilson has a lot of chances securing one beautiful POTM


Kevin De Bruyne My Beautiful KDB. What a card it would be and it would be a dream SBC card for the first month of FUT. Chances of him winning pretty low, but just look at his color-card design combo and say that you don't want him. 1 goal and 2 assists in 2 games where he played full game, one perfect performance and 2 City wins.

Tips for investing:
Really hard to Invest in KDB. It would be quite similar to Auba, but instead of Gabonese\Arsenal players - it'd be Belgium\City. Very risky. I wouldn't risk it.

It's Aubameyang in my mind, in my head. Really expensive SBC.

We’ll see in 2 weeks! But hopefully SBC will be cheaper than I expect it. But it would be a such beastly and meta card. I'm so tempted to get him in my team, once again, like in FUT19.