Hello and welcome to week 27 of our TOTW Predictions

Hello and welcome to week 27 of our TOTW Predictions.

It’s international week and honestly I hate how my predictions went. It’s only the start of the article and I’m already sad. Let me explain myself: range of player is too big, amazing performances – not so much, also few nations played more than 1 game (like every nation in Europe), but including 2 players from 1 nation feels a bit too much. I still did it, but I’ll explain more later. Overall I don’t expect a high score this week, so in advance – sorry. I hate international weeks and sometimes I get lucky with them.

Let’s start with Attack: I included Auba with 1 goal and 1 assist for Gabon and Lewa for 3 goals in 2 games. Yes, 2 goals were versus Andorra and 1 goal was in draw, but still hard to exclude him. I didn’t include Lewa last week in TOTW and was right in the end, so let’s include him this week and be right, yeah?

In midfield I have Tadic for 3 assists for Serbia versus Ireland and overall great performance, Kimmich for 2 good games (even tho no assists). Havertz is possible instead of Kimmich, but Havertz had lower ratings\marks, that’s why I went with Joshua. Soucek scored 3 goals for Czech versus Estonia – he’s a lock.

Thorgan Hazard had a great game with 1 goal and 1 assist at LM\LWB spot, it’s up for EA to decide his position. Dani Olmo had 1 goal for Spain versus Georgia in deciding minutes. Alba isn’t possible yet because of his recent IF, so I went with Olmo. On the bench I have Shaqiri for 1 goal and 1 assist in 2 games for Swiss and him being leader of the nation that lead his team to 2 victories seems like a lock too.

Debate between Larin and Davies is fair, but I went with Larin, as 3 goals felt more important (and I already had overload of LMs in team, so including Davies was tough).

In defense I have Serge Aurier for 1 goal and 2 assists in 1 game, which is impressive. Included Mario Fernandes from Russia with 1 goal against Malta and decent performance in 2-1 win over Slovenia.

I also included players from Australian league games and English lower leagues, that were played during internationals, I don’t think they’ll be excluded and it was a must to mention Noone and Clarke-Harris performances.

GKs are hard, but I’ve went with Dubravka and Riesgo from Leganes. First had a good game for nation, with few saves and CS, while Leganes keeper saved 11 shots in a draw.

So yeah, this explains my choices, as per usual full list will be below. Hopefully I explained more of my thoughts, so you’ll understand.

Good luck in you reds too! 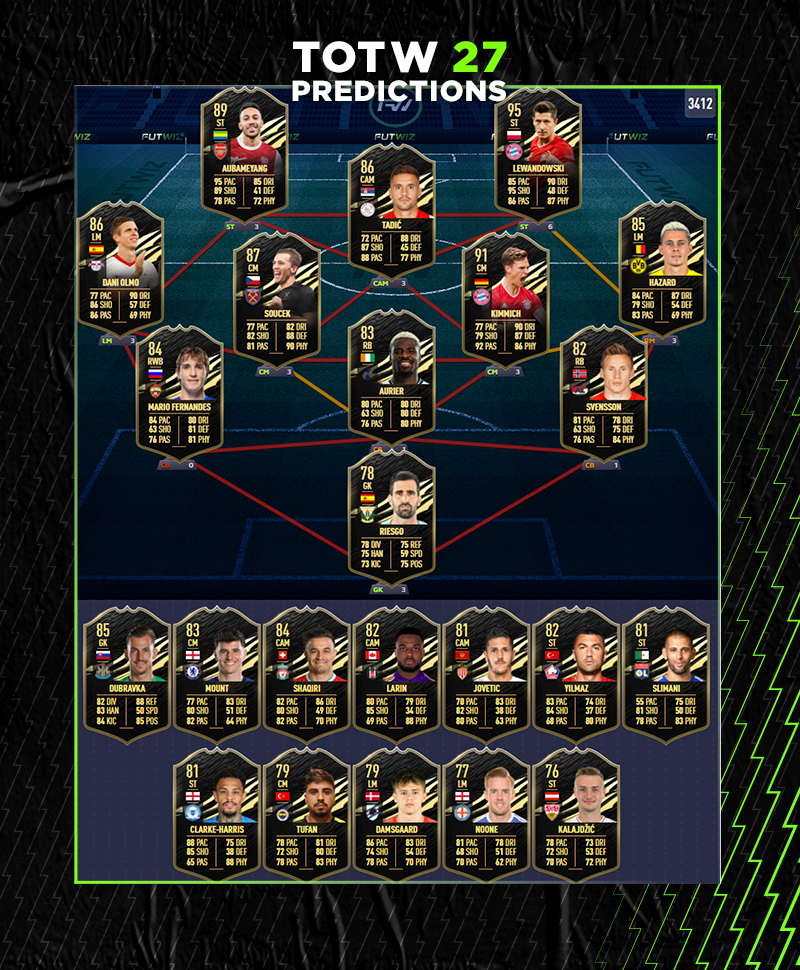