Hello and welcome to TOTGS Predictions. UCL and Europa League Group Stages coming to an end and we need to conclude it with Team of The Group Stage.


As usual, TOTGS is pretty stacked, mainly with UCL players. A lot of strikers who performed well, and defenders are usually hard to pick. So I’ll try to be as less biased as possible, let’s do it?

Main highlights of group stage are: PSG, Manchester City, Ajax and Bayern to me. Also underdog of Red Bull Salzburg surprised a lot of people. Bayern only one team that won 5 out of 5 games, PSG won 4 out 5 with 1 draw, so I tried to include more players from those teams.

From Bayern I see 4 main highlight players: Lewa is a must, because he scored 10 goals in 5 games and that’s about it. Tolisso, Thiago and Gnabry probably all deserve spots, but I opted for central midfielders, as wingers are easily to choose and a lot more options.

From PSG I see Mbappe and Keylor Navas. Navas statistically the best goalkeeper of group stage, while Mbappe just scores for fun.

Their group opponent – Real Madrid – should be represented too: Toni Kroos having a wonderful season and 2nd player is hard: it can be Benzema, Rodrygo or Marcelo. I went for Marcelo, as again, defender is hard option to choose.

Who else... Ajax! Ajax is always fun! Ziyech and Tagliafico are my choices, but Onana and Promes may get into TOTGS too.

Salzburg must be represented by Haland. Teenager having an insane year. 8 goals in 5 games of group stage, goals vs Napoli (2 times) and Liverpool.

From Manchester City I think the best choice is Raheem Sterling, but Ilkay Gundogan can be in TOTGS too.

From group between Barca, Inter, BVB and Slavia – I opted for 1 player per team: Ter Stegen from Barca, Hakimi from BVB and Lautaro from Inter.

Europa League is really hard to choose. I went for 5 different players from 5 different teams, but I may be completely wrong with them, I just thought they have the best chances. 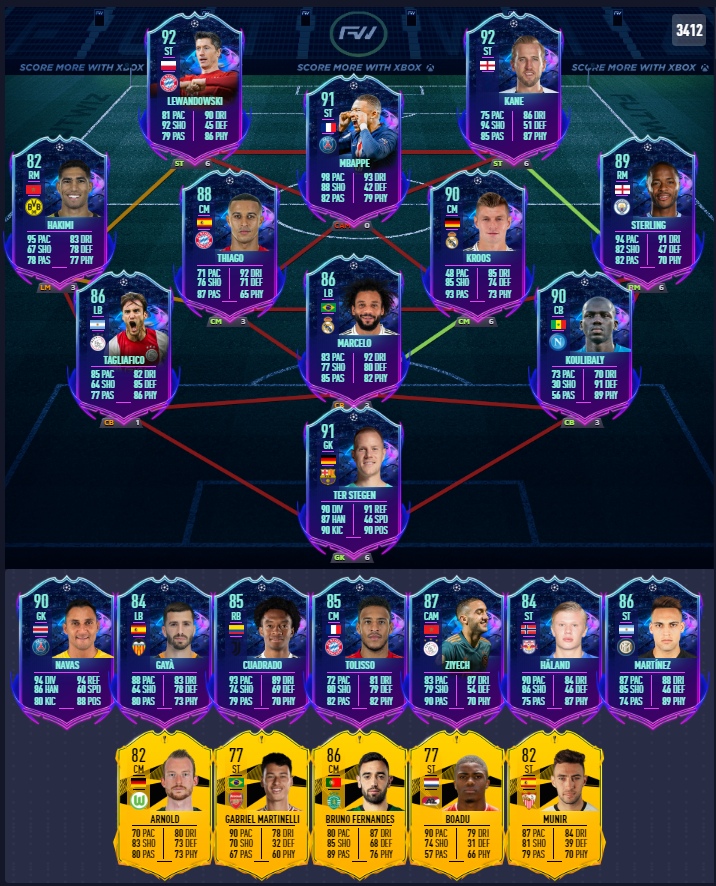