What a month. So many good players performed well. Big guns finally woke up, so we should get insane POTM this month.

Mbappe and Neymar cruised through their opponents in Ligue 1, Ben Yedder did well too. Let’s start this? 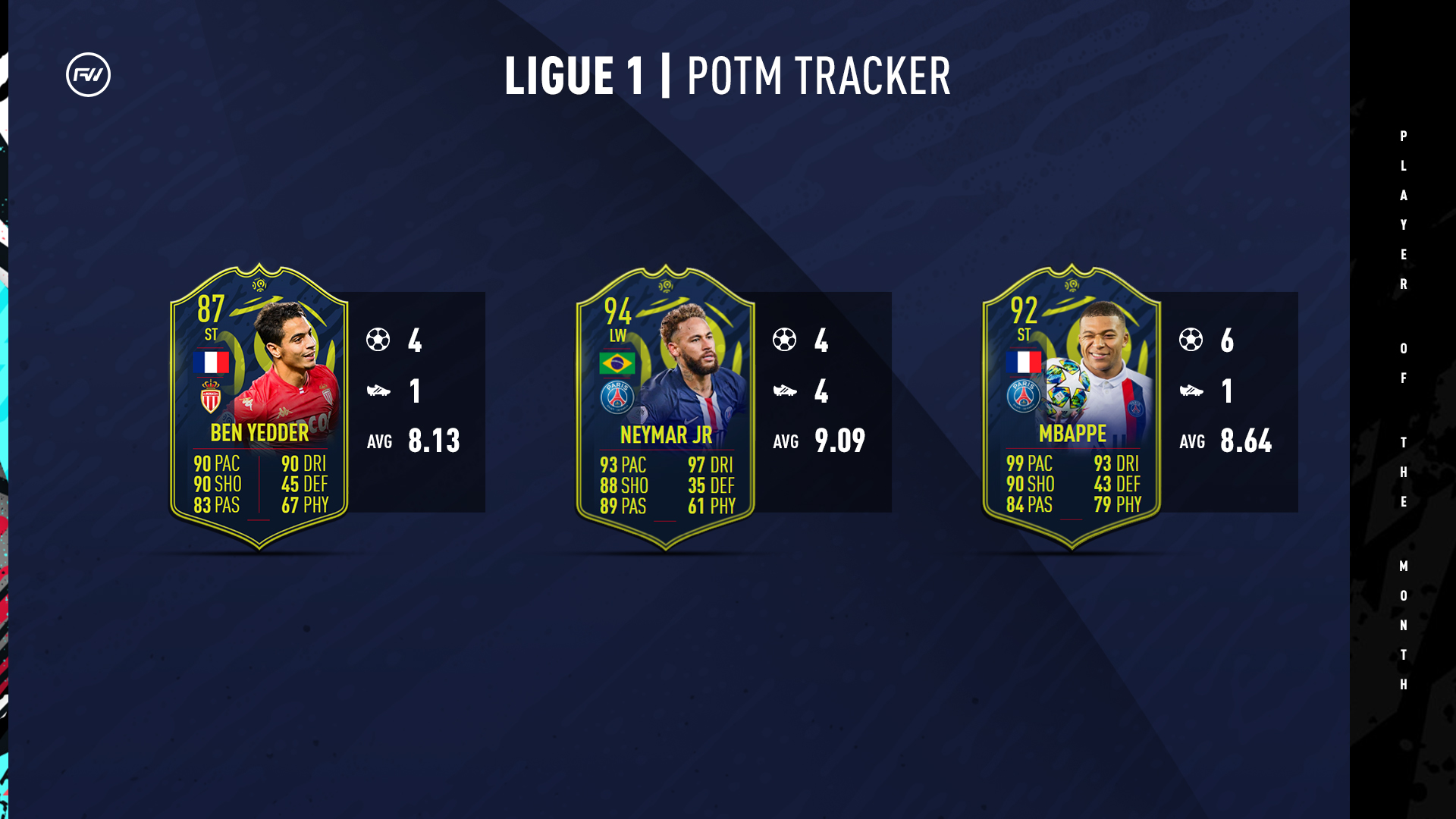 Neymar is my main candidate this month. 4 games – 4 goals, 4 assists. Sounds pretty good to me. Even though there are always speculations about his future – he still performed in every game this month and named MOTM couple of times

Same as Messi. Maybe a little less, but still overall fodders is your best choice. I don’t expect any cards of Neymar being required, so let’s skip it. Thiago Silva, Marquinhos, IF Paredes, Icardi, Di Maria, Keylor – all should rise
Very Meta, if he’ll miss out on TOTY – it’s gonna be a very, very, very good SBC.

Worth investing? You can always invest in fodders and probably get some coins, when the time comes

Kylian Mbappe
My 2nd candidate for POTM. Partner in crime for Neymar. Scored few goals from his assists. 6 goals and 1 assist this month. Neymar was named MOTM more times, but still it’s pretty insane stats, right? We all love Mbappe this year in FUT, people gonna vote for him

Same as Neymar. Investing is pretty similar for Mbappe. Another insanely priced SBC – but it’d be crazy good card too.

Estimated Cost: 1200-1400k. Should be a little bit more than Neymar, because he’s a central card and overall Mbappe feels like even more meta than Neymar


Wissam Ben Yedder is my third candidate and the only one not from PSG. 4 goals and 1 assist this month for French player, FUT Favorite and overall OP card in game. He’d be at least few times cheaper than both previous SBCs, but still pretty expensive

Tips for investing:
Best tips for Investments… Really just fodder cards. Same as previous 2 cards, but a bit lesser rated. 84-86 should rise if he wins.

Overall I think it’s destined to be… I don’t know. All 3 candidates look good, all 3 candidates are very FUT-Friendly and it all depends on who people will vote for. Anyway we should get one of the better SBCs this year.