Second POTM of Bundesliga in FIFA 20. Let's predict some stuff and let's see how it's goes

Second POTM of Bundesliga in FIFA 20. Let's predict some stuff and let's see how it's goes.

First POTM was deserved. It got Lewa who had an epic start of 19\20 season. He continues his amazing form with another nomination (at least from me).

Biggest candidate in my eyes is Amine Harit though. He had an insane month for Schalke, surprised everyone and was just really awesome.

Coutinho came to Bundesliga to conquer it. And he's doing it with 2 insanely great games in a row. Seems like Bayern got this loan on point.

And 2 more candidates who has lower chance to win in my eyes, but they still should be recognized 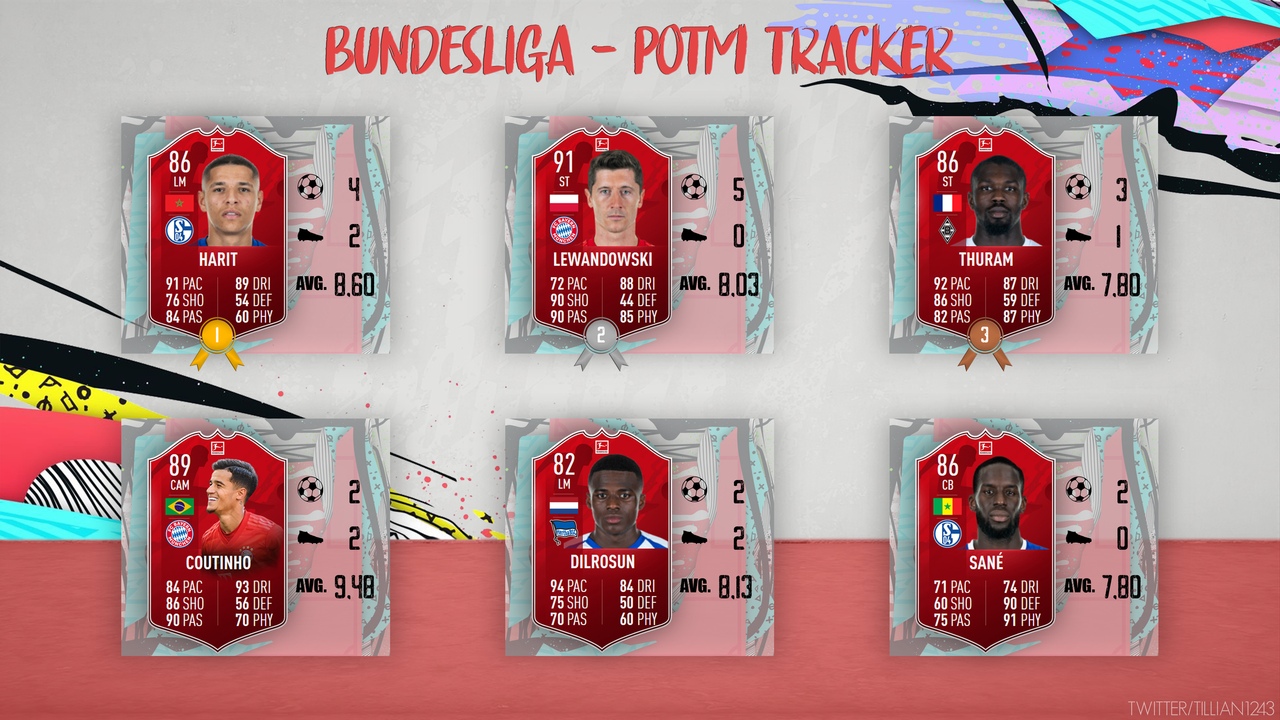 Amine Harit has the highest chance of POTM award in my opinion. Moroccan player had an amazing month. 3 goals and 2 assists in 3 games, Schalke on the 2nd place, win over Leipzig.

Tips for investing:
It's hard to invest, because his SBC would be really cheap, but let's try:

Moroccan players: Pekarik, etc.
IF from Bundesliga : Few cheap options, aim for discards
Bundesliga squad: 83-85 rated squad.
Worth investing? Yes, some of the cards will rise no matter what, even for the next candidate.

3 goals and 1 assists in 3 games. Another huge candidate. My candidate, just because his FUT card is actually really good and I'd want to see his POTM.

Tips for investing:I doubt that previous POTM would be required, but there might be a requirement of NIF card. Very high risk, but his card would be even better.
IF players from Bundesliga: As always
Bundesliga squad: 85(maybe even 86) rated min
Bayern squad: 83 rated squad

Harit should win, I hope he wins, but his FUT card is average, but at least SBC would be really cheap. Also Lewa would be awesome too. Bundesliga is too hyped this year, so expect some good POTMs over the year. It's nice, that people building not only PL squads, but looking at other leagues. Any POTM would be cool. Every card is nice on the list, so I think everyone will be happy.