Black Friday is a time of uncertainty in the market, SJM5 is back with some tips to make coins throughout the promo! 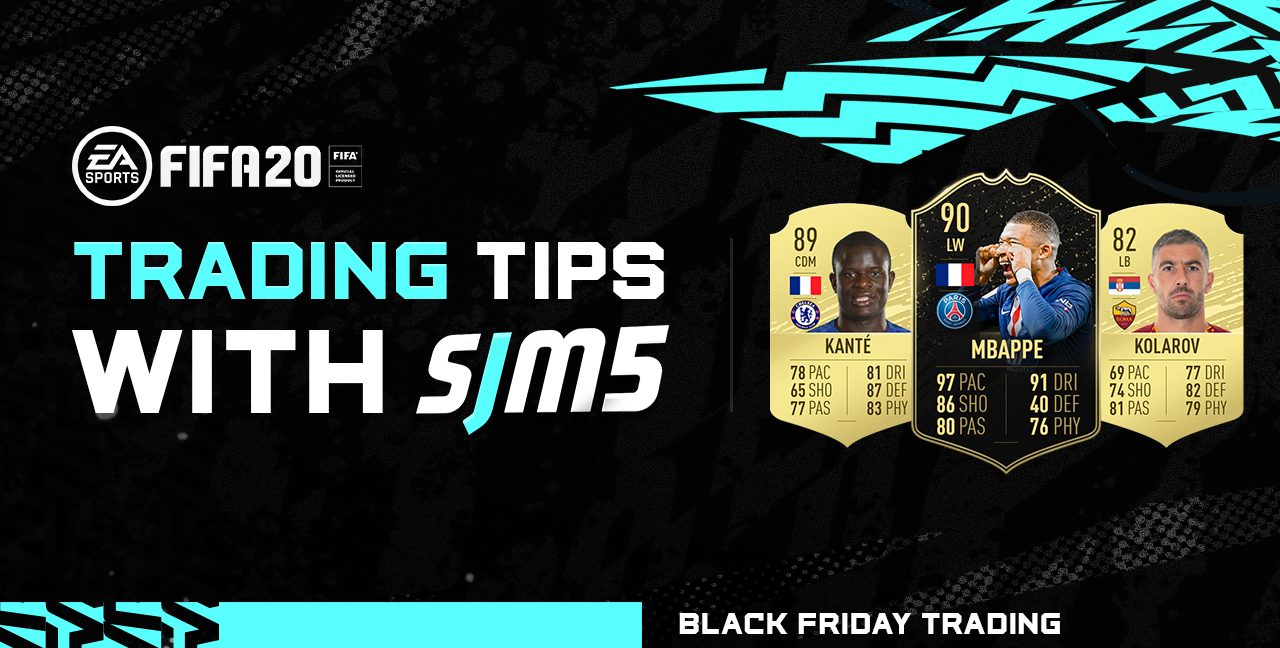 Black Friday is a time of uncertainty in the market, I’m going through some tips on what I feel will go on this weekend and tips on how to make coins throughout the weekend going into next week.

One way to not lose coins is panic selling people typically think Black Friday is the cheapest point of a card when in reality going over the last year it isn’t, This is because a lot of coins are put onto the market since everyone is opening packs. For this reason people have more buying power meaning the meta cards tend to rise, an example is Kante between Black Friday and the next weekend Kante risen 20%, this just shows that it isn’t necessarily a good time to sell cards. This only applies to the meta cards which are about 80k and over any below that risk having too much supply and loose value. One exception for rising in price are the Best of TOTW, over the past few years they have a Best of TOTW where they have basically the most expensive 11 IFs from the first 10 weeks of Fifa, because of the amount of supply going onto the market they can actually go down in price so if you think a card could be a Best of TOTW it has been proven in past years to sell before.

Since there is a lot of supply on the market since of the amount of packs being opened it is a great opportunity to invest your coins. An example would be Chem Styles, Chem Style should go down over the weekend because of a higher supply, however with FUTMas coming they will be used a lot in the coming weeks so if you want a low risk investment with minimal effort chem  style trading should do well. My Favourites would be Anchor and potentially more risky investment of Shadow and Hunter. You can also do the same with position modifiers since a lot of them are in high demand they keep a high price but they will drop this weekend.

Another type of trading would be rash investments, if you have a low amount of coins an easy way to boost your coins is to invest in SBCs when they are released. When specific cards are needed it causes the cards to rise in price so if you can find cards that are specifically needed you can improve your coin total. An example would be a Serie A squad where it is high chemistry and 82 rated, this would mean that players like Kolarov who are full backs who are needed because of the chemistry and rating will increase in price a lot because there’s only a certain amount of cards that you can actually use. Also you need to think about the demand of the SBC, if the SBC is more demanded it means that the cards will rise quicker and give you a potential for more coins to be made. Where as if the SBC is overpriced it means none of the cards will rise and more than likely drop in price.

A more risky investment is SBC Fodder, this is because the price is already quite high so has potential to drop further, however with the right SBCs they should do well and the demand will rise, also keeping SBC fodder for a longer hold is also good because of the hype of FUTmas, during December we should get a lot of different SBC cards and the prices of SBC fodder always does well in the promo. I do prefer full backs who are SBC Fodder because I predict during FUTmas the rating might not be as high for the SBCs but a high chem which restricts who you can use since the 86/87s are so high.

What I’m predicting for the Black Friday promo is a lot of pack heavy SBCs similar to last year where they release them frequently, I think we will get the best of TOTW with the most expensive totws, I also think repeatable SBCs will be there to get coins off the market, this might be 82+ packs and TOTW packs.

Other possibilities like a flashback card, since there’s so many coins going into the game over the weekend they will try to keep prices down by SBCs so definitely think some high rated SBCs could potentially come. 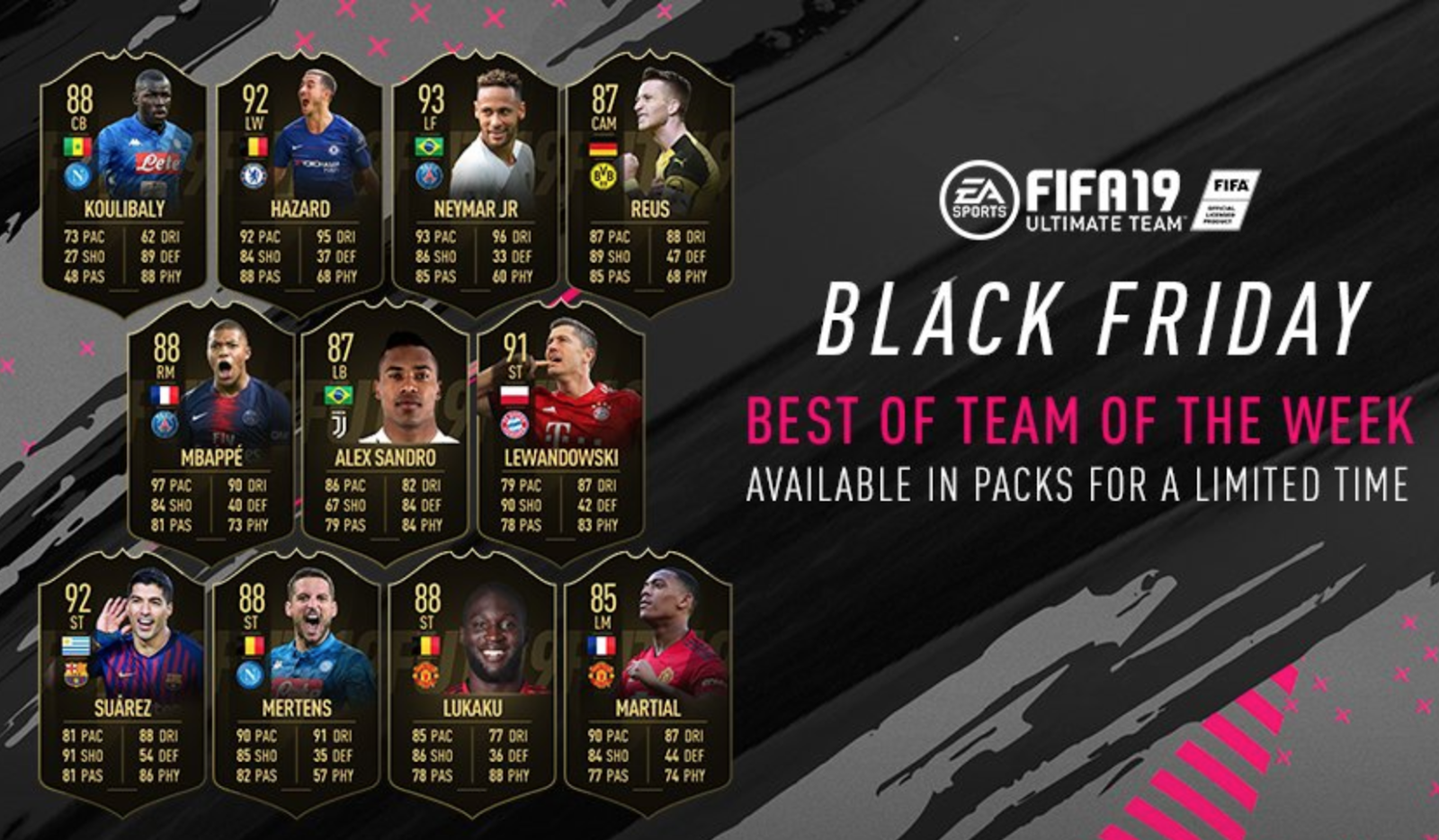 When should you buy?

For the most part I recommend early on as possible the later stages of Friday and over the weekend the prices of players should go up since there is more coins on the market, if you are wanting one of the best IFs I would recommend to buy Saturday, this is if they bring out the best TOTW into packs, they should drop down in price and better to pick these cards up instead of the Friday, this is all dependant on the content they drop, the more content they drop the better the price the IFs should be on Saturday.